At a rally held on 19th March 2013, Community Alliance SA representatives and members protested the process for the Adelaide Oval Footbridge development. The rally was organised by the Liberal MP Rachel Sanderson, State Member for Adelaide, and held on the steps of Parliament House on North Terrace.

Although the Community Alliance is not aligned to any political party, it opposes the process by which the $40 million dollar ‘bridge’ development over the Torrens is being pushed through. After being rejected by the Upper House, this is being ‘approved’ by the Planning Minister’s use of his ‘interim powers’, excluding the public from any meaningful consultation over this development. 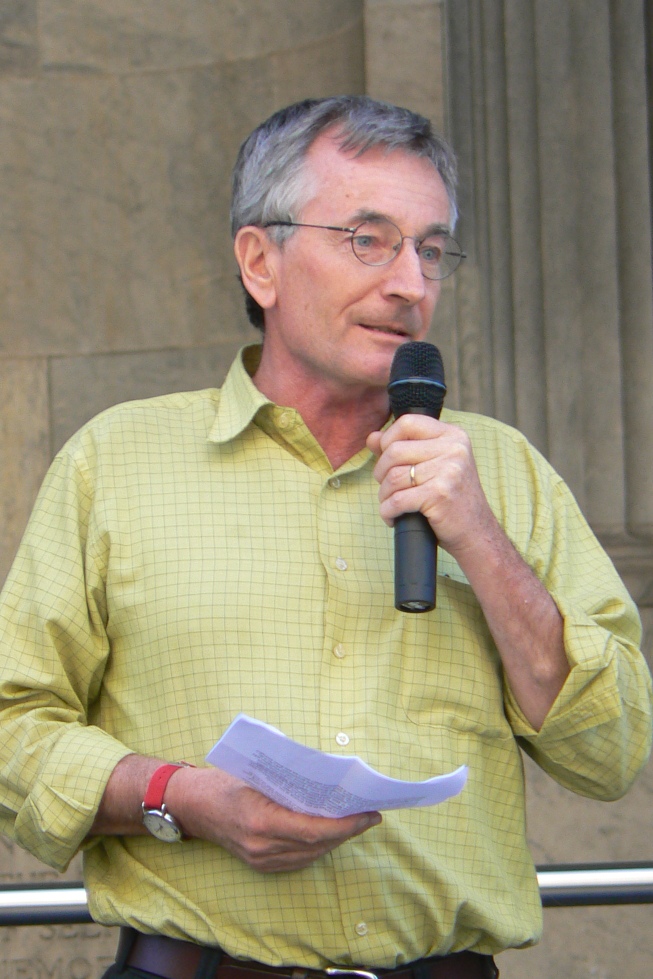 Dr Crocker spoke about the ‘fake consultation’ that has led to the footbridge development being pushed through against the wishes of the public and without them having any real say. He defined the issue as being all about “Process, process, process……..the community wants a genuine process that includes transparency, accountability and genuine consultation”.

Dr Crocker spoke about other planning decisions where the community has been effectively locked out of the decision-making process and asked “Why should almost every major decision over the last 5 years in planning and development be made behind closed doors?” 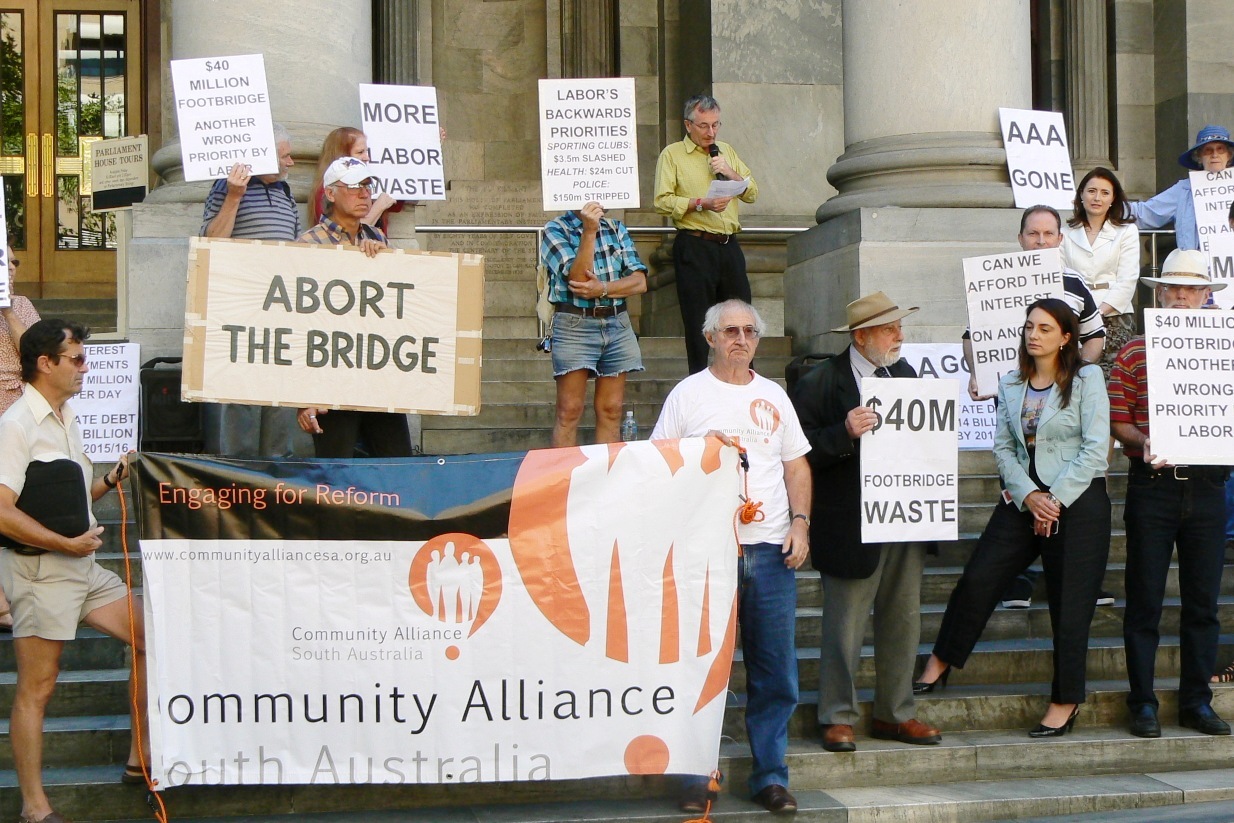 Dr Crocker spoke about developments at Woodville at St Clair, Mount Barker, Mayfield in the City and Buckland Park. “The process needs to be reformed to include genuine independence, following clear principles and rules we all understand. At present it appears that decisions are being made behind closed doors by the Minister and his minions, often at the behest of lobbyists and selected developers”, he said.

He also drew attention to the more important and larger developments being approved and pushed through without any genuine consultation, and often before consultation was even considered or organised. Dr Crocker said “Even when the consultation system is working ‘properly’ this is a system that does not work well and has cemented in a very poor process, which belongs in the 1920s, not in a society with access to Facebook and Twitter”.

Rachel Sanderson and others spoke out against the cost of the footbridge and the Labor Government’s push for this development, including a failed attempt to fast-track the process by giving the footbridge the same classification as low-cost home improvements like solar panels and carports.

The Alliance wants these Ministerial powers changed to stop them being mis-used in this way.