There are many good reasons why Adelaide needs an urban growth boundary, and experts spoke out recently as SA Parliament debates Minister Rau’s legislation to protect environment and food production areas from further sprawl:

Michael Buxton, a Planning Professor at Victoria’s RMIT University and one of Australia’s foremost planning experts, says it would be a “shocking mistake” for parliament to reject John Rau’s plan to enshrine an urban growth boundary in legislation, warning the economic upside of protecting South Australia’s food bowl from development is “enormous”: InDaily – Warning of “Urban deserts” on Adelaide’s fringe

The Coalition for Planning Reform (CPR) has issued a press release on the lack of heritage protection in the planning reform bill currently before Parliament. 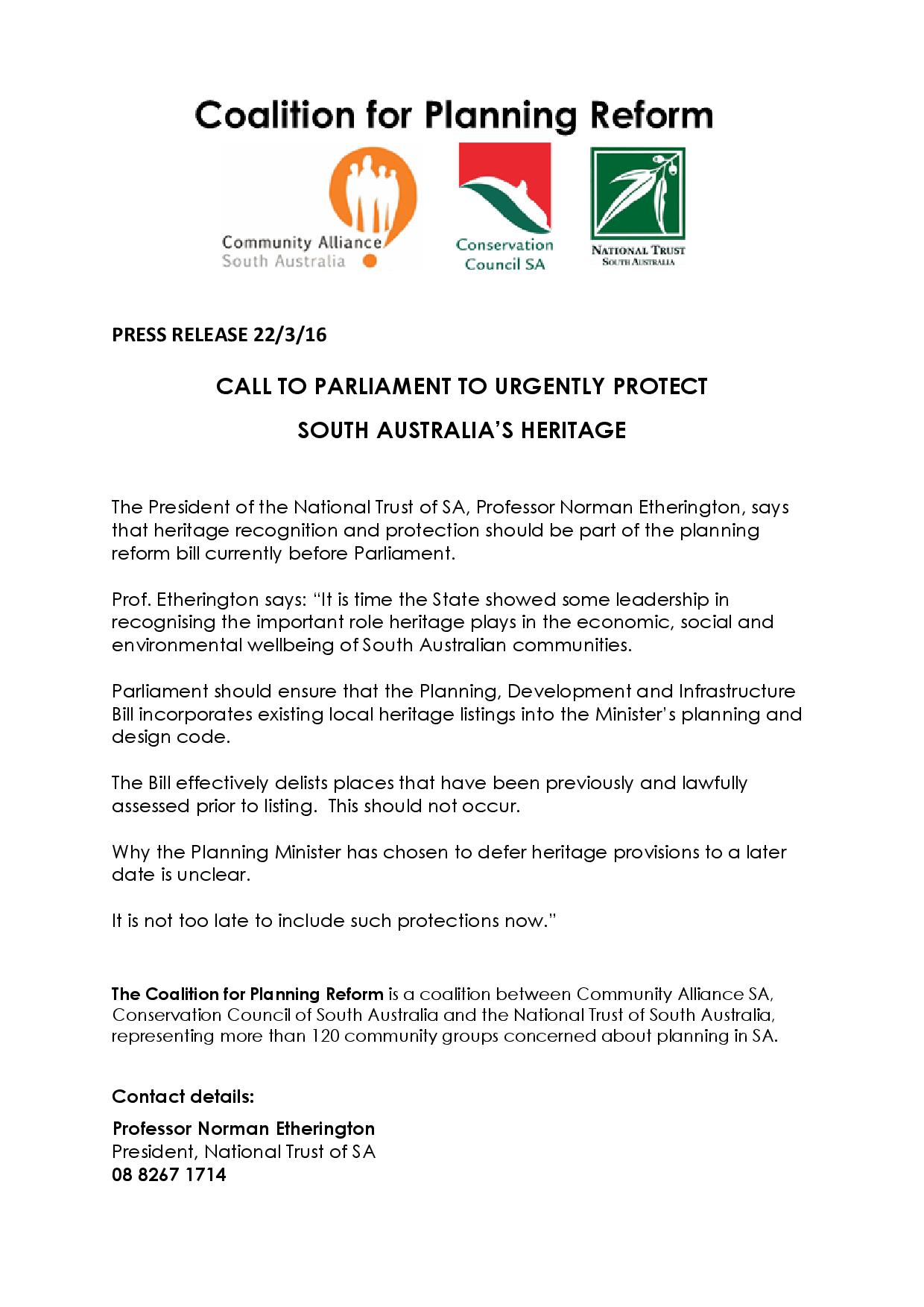 In this month’s Adelaide Review, Sir Montefiore Scuttlebutt highlights the Weatherill Government’s indifference to the value of Adelaide’s heritage character, and describes Planning Minister John Rau’s four-year drive to rezone the city and its edges as “one of Adelaide’s most destructive planning eras”:

The report “Economic Value of Heritage Tourism in the City of Adelaide 2015” was released in December 2015 and recognises significant tourism value in the heritage stock of the city and North Adelaide.