The SA Ombudsman, Richard Bingham has handed down his report on the Investigation into the Growth Investigation Areas procurement. He has found that a conflict of interest existed in the role of planning consultants Connor Holmes in advising the SA Planning Department on the Mt Barker re-zoning while simultaneously working for developers who stood to gain by those same zoning decisions. He has called for the SA ICAC to investigate.  In introducing his Report, the Ombudsman has commented:

Where the government chooses to engage consultants to assist in achieving its planning objectives, the community is entitled to expect that rigorous and accountable procurement processes will be followed- including ensuring consultant probity and identifying and dealing with conflicts of interest. Where government fails to do this, community confidence is lost. 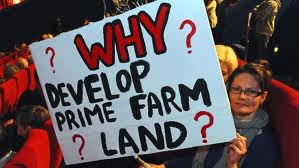 He noted that the failure to identify and address the conflict of interest tainted the  procurement process and left some in the local community feeling understandably suspicious of the process. He went on to declare that in his opinion,

It would be in the public interest for the government to revisit its views and consider releasing the Growth Investigation Areas project report .

On ABC Breakfast  Radio 891, Matt and Dave interview Minister Rau and Greens MLC Mark Parnell, who argues that because Connor Holmes are also acting for devlopers on a number of other Growth Inverstigation Report sites including Buckland Park, that the probity of the entire SA Government 30 year plan for Adelaide is now under a cloud. Listen at

The Ombudsman’s report can be found at

ABC footage can be found at

Adelaide Now has also featured the Report at

Greens MLC Mark Parnell has commented that the residents of Mt Barker who have been raising this issue for several years must feel both “vindicated and devastated”.

The Community Alliance position on the Ombudsman’s Report is here: 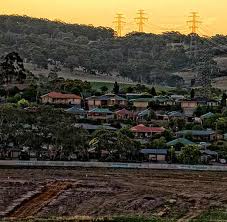