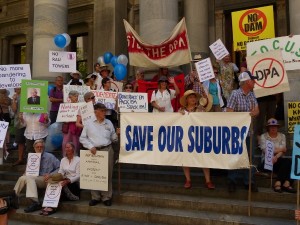 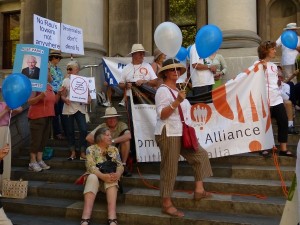 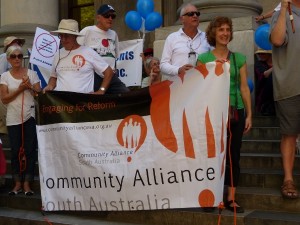 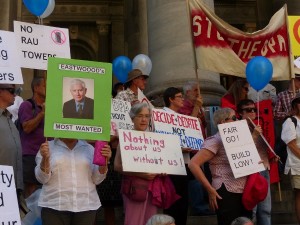 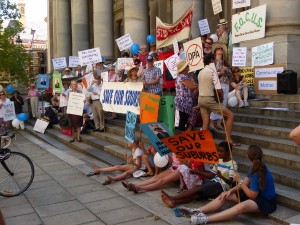 On the 18th February, the Burnside Residents’ Group held a rally on the steps of Parliament House, to protest the community’s exclusion from decisions to open up planning for urban infill and high rise developments.  There was a great turnout and the event was attended by many Alliance representatives and member groups.  The Community Alliance SA Secretary and Spokesperson Robert Crocker spoke about the current flawed process, the aims of the Community Alliance and the changes we want to the planning and development system.

Article in the Messenger – http://www.adelaidenow.com.au/news/south-australia/rally-at-parliament-house-to-oppose-plans-for-high-rise-developments-on-adelaides-rim/story-e6frea83-1226580470373